Companies that have considered a REIT spinoff, but not acted on these considerations yet may be forced into making a decision sooner rather than later, as there is the possibility that Congress may ban these for tax reasons. A number of established companies have already created these spinoffs, while others have decided against them.

Sears Holdings Corp. has arguably had some success with REIT spinoffs. They have created a separate company, Seritage Growth Properties, as a response to the pressure that was building due to poor sales. This new stock has performed relatively well, with its share price increasing by 10% since the company went public in July.

A company that expects to have a greater degree of success is MGM Resorts International. The activist group Land and Buildings had some influence over this decision, and while it has not completed the spinoff yet, the group estimates a 50% upside from current levels. 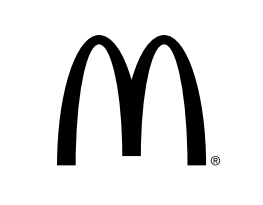 McDonald’s Corporation has decided against creating a REIT, and this was announced at an investor meeting held in November. The company felt that the risks, especially financial and operational, were greater the gains.

Amerco had a similar decision to make late August by their shareholders. The board recommended a vote against putting the real estate that the company owns into a REIT, and the shareholders upheld this decision at their annual meeting. However, there are a number of reasons why they might now change their minds.

Amerco, which is the parent company of U-Haul International, has an advantage over the rest of these companies because it operates in the self storage sector. This means Amerco has the opportunity to unlock asset value in a sector where REITs have enjoyed AFFO multiples close to 30x, one of the highest in the industry.